I am a student researcher trying to use a Raspberry Pi to control the signal strength coming from my DWM1001 devices. The space that my anchor and tags are placed in will have a quite a bit of my signal absorbed by the material of the surroundings, so to make sure my signals can pass as far and as accurate as I can make it, I would like to use my Pi as a controller to increase the signal strength.

I hope that it is doable with the MDEK1001 but looking through the source code doesn’t really give me much help as to what function handle I could call for in my C-code that would ensure large signal power.

It is not possible to increase the transmit power with the DWM1001, except if you develop a purely custom firmware.

But then, you’d lose all the RTLS stack.

If you want to develop a custom software, have a look at the DW1000 api guide.

Thanks for the feedback, so if I developed software using the DW1000 api guide it could port onto my MDEK1001 Kit?

I just wanted to make sure that the software was compatible.

On the same note Yves,

would it be possible to inject some code to change the hardware settings upon startup while keeping the RTLS stack since it would save me quite a bit of time and effort trying to re make the signal processing that has already been done.

I hope I wasn’t too confusing here.

Is there a location where I could see the RTLS code used by the MDEK1001 since I think it could be open-sourced and just develop a basic software using that as a solution.

I was also looking at using the DW1000 and just doing a simple DS-TWR (double sided two-way ranging) since I won’t be going over 100m it looks like that could also be a solution for me, or even using my MDEK1001 kit alongside the DW1000 for different ranges.

Unfortunately, the RTLS stack (PANS for positioning and networking stack) used in MDEK is not open source.

It is also not possible to use DW1000 api drivers within PANS as there is a risk to break the system, For example, you could query the DW1000 while it is supposed to transfer or receive data, and consequently break the RTLS network consistency.

If you need further control that what PANS offer, you should create a full custom code.

Maybe have a look at the GIT repo where we already have an example for SS-TWR starting from scratch. 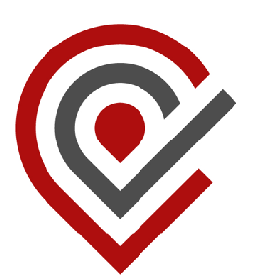 Thanks for all the feedback you’ve been sending me, I had one question about the android application and was wondering if the code for it was open source. I feel pretty confident in developing a very basic RTLS system but to save heartache in coding doing angles and mapping of the mesh might be already done for me through the apk.

Yes the android application is open source and can be downloaded from our website.: