Ranging between Raspberry Pi and Arduino Due

My question is, how do i communicate between the Pi and Arduinos? I can’t find any libraries online that are cross-compatible like this. I have also never worked with DWM’s before so any help that can point me in the right direction is much appreciated.

Hi, you can’t use the UART communication between the Raspberry pi and Arduino?
Best Regards

Be careful using the uart. The Pi isn’t 5 volt tolerant (at least they didn’t used to be I’ve not checked the latest version) and the Arduino outputs at +5V.
Assuming you don’t need high speeds a series resistor is probably good enough to drop the current to the point where the internal protection diodes can cope. Not great and not something you’d want to ever do in an end product but good enough for testing.

Ok, thank you for remember. The Arduino uart is 5V, the raspberry Pi uart is 3.3V.
But you can use: 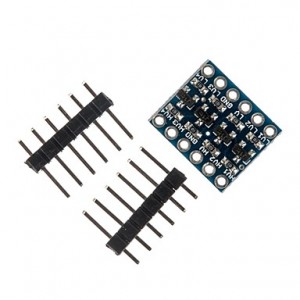 This is a logic level converter.

I’ve never heard of UART so after doing some research on my own, it seems like this would require a wired connection between the Arduino and the Pi? Am I missing something here? I want the communication to be wireless.

How would i use bluetooth for ranging? Do i send the messages via bluetooth?

You can use the raspberry pi Bluetooth to communication, no to ranging.