Hello to all the UWB Developers,

We have noted that in some old DWM1000 experimental devices (2 year old Pieces), the color of the antenna in some modules start to change to Orange or Red (attached Photos), this is possibly a corrosion due to the environment,

Us as many other brands manufacture thousands of devices based on the DWM1000 and DWM1004 but is worrying for us to have this problem in the antenna, Actually the shield case of the module works well because has some kind of galvanic protection, but the antenna it doesn’t have it.

We did not measure if this had some impact in the resolution of location or transmitting power.

Any feedback or recommendation about this quality problem? 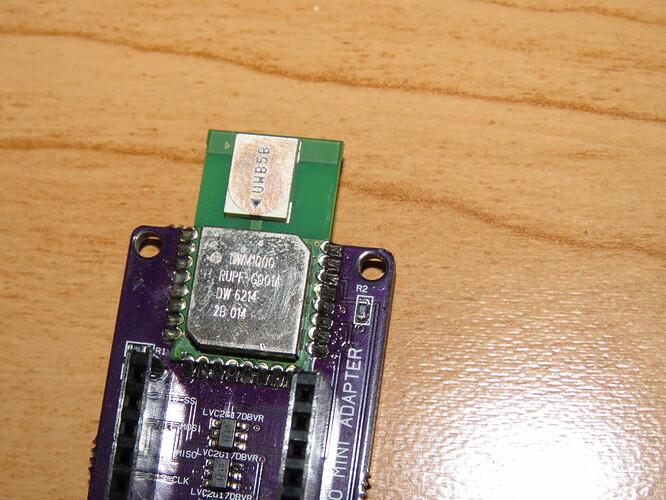 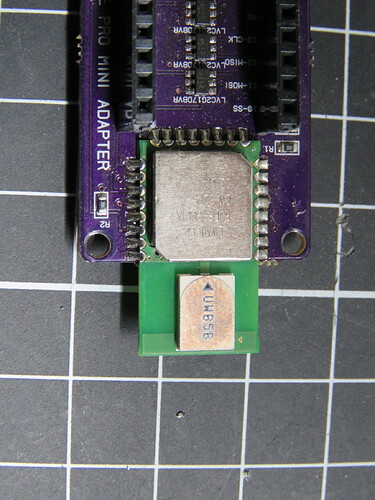 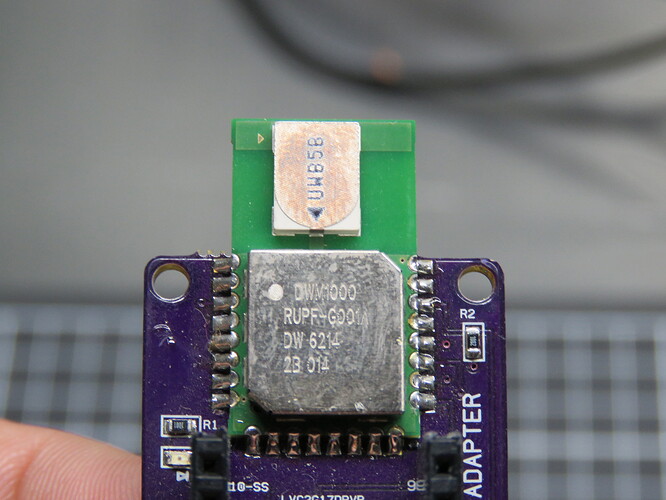 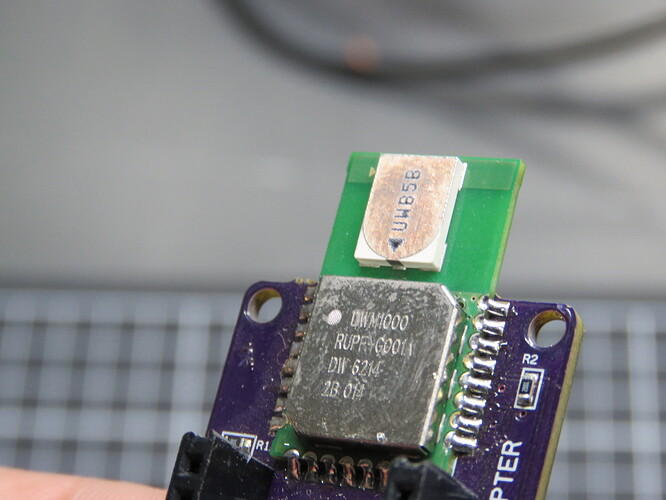 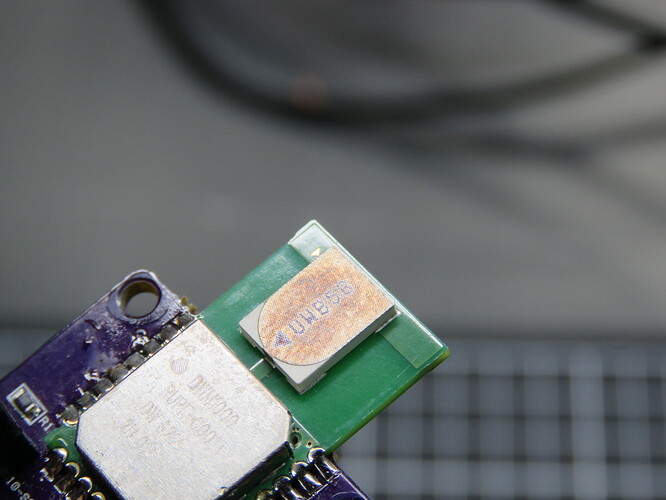 *Stored Inside of a IP55 Enclosure

There is water vapor in the air inside that enclosure. For a given amount of water vapor, there is a dew point temperature at which it will condense onto any surface.

If the temperature ever goes below the dew point of the trapped air, you will get moisture on the metal surfaces and cause oxidation.

Even without condensation, if the circuits are at an elevated temperature (which happens when operating) in a high humidity environment, that can cause oxidation as well.

Ironically, the fact the parts are in a sealed enclosure can make this problem worse despite designers thinking that would help. If there was a way for there to be air exchange, then the dew point inside the box is unlikely to be reached as the outside air is assured to have a dew point no higher than ambient, and inside the box is generally warmer providing margin to condensation. Whatever means of air exchange there is, it has to prevent water from getting in, however.

Any feedback or recommendation about this quality problem?

Your options are to include a desiccant inside the enclosure to absorb moisture. This will eventually saturate and no longer work, but it helps for some period of time. You often see these desiccant packets in new products shipments, particularly from Asia manufacturing where there is often high humidity.

You could also conformal coat the circuits to seal them away from moisture. This is the best long term solution, but comes at extra cost. I would not expect the conformal coating to affect the radio performance in a meaningful way. This can’t be said for potting the electronics, as that much new dielectric material near the antenna will ruin the performance.

Decawave does not specify a humidity level in the datasheet for the DWM1000, but even so, there is no reasonable expectation that you can operate in high humidity conditions, say 95% or higher, and certainly not with condensation occurring. Thus I don’t see this as a quality problem with Decawave, but inadequate management of the environment in which the module is being used.

We have DWM1000 modules which are at least 6 years old and show no signs of oxidation when kept in a normal office environment (which is sometimes as high as 80% humidity depending on the day).

cawave does not specify a humidity level in the datasheet for the DWM1000, but even so, there is no reasonable expectation that you can operate in high humidity conditions, say 95% or higher, and certainly not with condensation occurring. Thus I don’t see this as a quality problem with Decawave, but inadequate management of the environment in which the module is being use

Hello Mike, thank you for your feedback, I really appreciate your experience and your answer.

We saw the same issue on a couple of our DWS1000 shields. During testing we did not see any impact on the antenna’s performance. For this reason we never investigated this issue further.

Did you notice any performance loss due to this issue or is this concern purely cosmetic?

It would be interesting to know if the oxidation keeps developing or if the oxide layer forms a protective layer preventing further oxidation. The datasheet of the antenna doesn’t really have anything to say about it.

I contacted Abracon, They already reply to me, So when I Get the final response from the I’m Gonna post it here.

The antenna used on the DWM1000 is a Partron antenna, ref ACS5200HFAUWB not an Abracon antenna. Sorry if this caused any confusion.

Either way, both antennas look and perform pretty much identical, so I assume they could have the same oxidation issues. In my experience, Partron is not very quick to answer questions unless you are a direct customer. (We source their components through contract manufacturers meaning we don’t have a direct sales account with them).