Can I program action in anchor, if anchor detects a tag at a certain distance?

In other words, can anchors have logic?

I want to build an application such that I use 4 dwm 1000 modules (4 antennas) connected to a single nRF microcontroller. The idea is to build a program in nRF that continously listens to the 4 antennas. I’m assuming this nRF program should work as an anchor that’s why I ask. The problem is that:

I am interested in the relative distance between the moving anchors and the tags, more than a fixed location on a map. If any of the 4 antennas detects a tag, I’ll look for which 2 antennas of the 4 antennas have the least distances with the tag detected and turn 2 of 4 LED outputs on nRF accordingly. 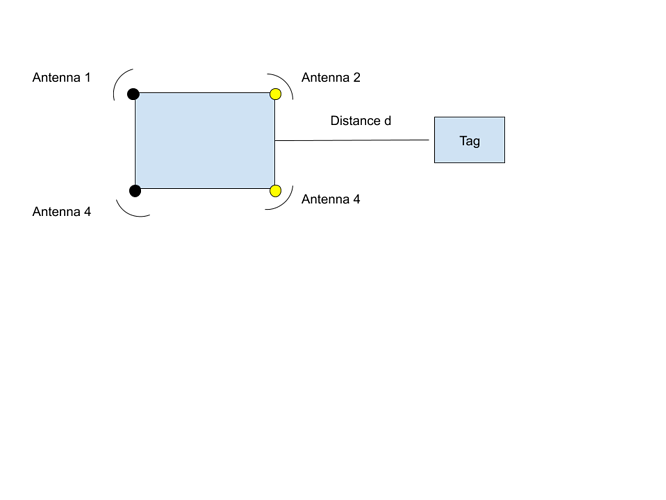 Dibujo sin título960×720 10.8 KB
In this image you can appreciate the idea better. LEDs in Antenna2 and Antenna4 should be turned ON when tag detected at a certain distance (d). The way I’m understanding it is that the nRF should work as an anchor to be able to listen, but after reviewing the functions available in “dwm-simple.h”, I’ve only seen that distances are calculated to measure distances to anchors, not to tags: “p_evt->loc.anchors.dist.dist[i]” but I don’t want that. Using PANS API obviously. For this type of application I don’t mind about position, because by determining the minimum distance I have enough I think. Another thing I’d like to know is how to actually configure as anchor through C Code (Segger), because I think that the “dwm-simple” configures as Tag.